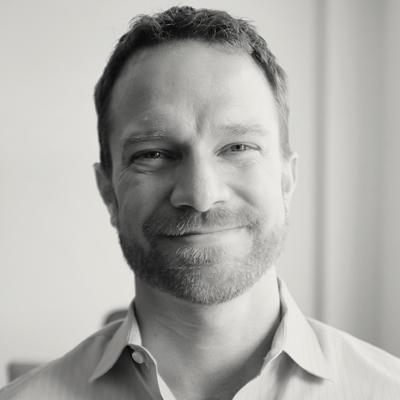 does not blog predictably

After adding a new test to a project that uses Play Framework 1.2.X and thus leverages H2 for Junit functional testing, I began encountering a table lock during setup() when the framework was attempting to delete the contents of an entity table.

I initially blamed the lock on bad model design and wasted a significant amount of time tweaking JPA entity relationships and corresponding CRUD operations in an attempt to resolve it. I ultimately resolved the issue after realizing it was in fact caused by a badly designed test.

I was directly modifying entities within the transaction that wrapped my functional test and then emulating API calls that relied upon the state of those same entities. Long story short, my test was attempting something similar to this:

In my contrived example above, after Junit runs atest() and just before running btest() - it will call setup() and attempt to reset the database in a separate transaction. But, atest() claimed a lock for insert on User and in H2 that locks the entire table by default thus setup() will be unable to reset the User table and will fail with a lock timeout.

To resolve this - you’ll either need to redesign your test to avoid manipulating entities directly in the testcase or run each test in a distinct transaction.

Blogger was just too ugly & clumsy so I used a fork of juniorz’s import.rb to migrate from blogger to Octopress. Here’s my fork:

I found MeetDom’s gist helpful while installing all the dependencies required by the import script.

After an upgrade to Plesk 11, my Perl scripts located under cgi-bin/ for a specific domain were not executing properly. Requests generated HTTP response code 500 and my error logs showed the unhelpful message "Premature end of script headers" I verified all permissions and even disabled / re-enabled cgi-bin support through Plesk which installs a test script under cgi-bin/test/test.cgi Even the test script failed to run. It also generated the message "Premature end of script headers: test.cgi" I eventually resolved the issue with two changes:

Shawn Hooton wrote a piece on how to use iStat 2.x on Mountain Lion that I've used several times at this point. Linking to it here for posterity.
I started this Agile Answers blog on jroller back in 2006 and I lost some of the older content in my move to Posterous. Sadly Twitter is killing Posterous so I've had to move again...this time to Google's Blogger. Alas - I've lost all the Posterous comments and a lot of formatting in the process. As if The Sean Cook working there weren't reason enough, I now have one more reason to hate Twitter.

FolderGrid provides a RESTful api that often services requests where over 90% of the entire response time is spent pulling data from a MySQL instance. I was recently working to reduce overall response time for some long running transactions in that bucket.

After optimizing my queries and my database caching - I looked at network transfer time from the dedicated MySQL server to the mysql client on the application server.  Simply enabling MySQL zlib compression resulted in a 3x performance boost for many of the larger resultsets.

To configure your Play Framework connection pool to enable MySQL client-server zlib compression, you'll need to use the explicitly defined "db.url" instead of the shortcut "db" configuration key. Your key should look something like this:

Throwing nginx (or Apache or lighthttpd) in front of other application stacks is so common that we often don't think twice about the possible costs. This bit me over the weekend when I casually threw up nginx for SSL termination and configured HttpProxyModule to proxy to my Play Framework driven application.

I failed to heed the first section in the HttpProxyModule docs. See that note about how "the entire client request will be buffered in nginx before being passed on to the backend proxied servers" ?

That's one note you are going to care about when you're handling large requests and can't figure out why your application is so slow to respond to them.

The reference client I built for FolderGrid's API is a zero footprint web client created using ExtJS 4. I wanted to support drag & drop file uploads for advanced browsers but degrade nicely all the way back to IE6 for those poor lost souls stuck with tech from the last decade. So I integrated plupload and bound the two together with some jquery glue.

The results are working well in production and the client itself is open & licensed under GPL v3 per the terms of ExtJS 4. So if you are interested in copying & extending - have at it.

These are simply updated instructions based upon the original Amaxus writeup here.

Now when you execuate that alias in your project's root directory - all of your .js files will be scanned for trailing commas.
You're welcome.

I was just burned by an issue in Play Framework's JPA support of orphanRemovals. The issue manifests as a "collection owner not associated with session" JPAException within Play Framework 1.2.x  - it was supposed to be addressed in 1.2.5 with this patch, but I'm running 1.2.5 and am still running into it.

I didn't take the time to diagnose or file a report - for now I'm punting by restricting the use of 'orphanRemoval'.